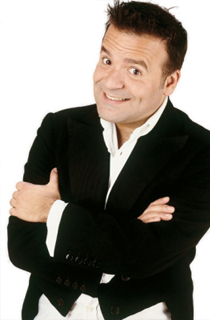 Kev Orkian is without question one the UKs finest entertainers and internationally acclaimed comedy pianist.

A highly skilled Pianist, singer & actor, Kev Orkian has honed his art to perfection over many years from his days as a classical concert pianist to performing Stand-up comedy and supporting some of the biggest names in British comedy. Blending his off beat humour with sensational performances on the piano he has been dubbed one of the world's finest comedy pianists.

Kev's vast repertoire of appearances with other entertainers has seen him share the stage with such artists like Katherine Jenkins, performing their comedy opera routine. Lionel Richie, Dame Edna Everage, Paul Daniels, to name a few.

Supporting some of the UKs biggest comedy names, Kev has shared critical acclaim and standing ovations not only as a support act but also with his own one-man show. As a consummate pianist he has toured with a variety of orchestras and appeared at many prestigious venues including the Sydney Opera House, Windsor Castle & The Kodak Theatre. He made his West End debut starring in Fame at the Victoria Palace Theatre. This foray into London's theatre scene led to many other roles including Me & My Girl, Grease, Buddy Holly, Happy Days and Boogie Nights.

2009 saw Orkian's leap onto the UK comedy circuit with performances at London's Comedy Store, Jongleurs and Highlights chain of comedy clubs at which he regularly receives standing ovations and rave reviews for the originality of his act.

In August 2010 Kev Orkian took his 'Illegal Tour' to the Edinburgh Fringe, appearing at the Underbelly, in what was his debut appearance at the festival. 2011 saw him bring the second chapter to his foreign comedy character "The Guilty Pianist" to the fringe festival, which earned him the Spirit of the Fringe award. 2011 also saw him performing at the South African Vodacom funny festival where he received the accolade for the most standing ovations for one entertainer, including an appearance from Archbishop Desmond TuTu.

Kev has entertained audiences from all over the world, including private invitations to entertain numerous members of the royal family, including HRH Prince Philip's 89th Birthday, HRH Prince Charles, Princess Margaret, Prince Andrew, and Numerous Royal families from Oman, Dubai to name a few...

A patron and avid supporter of the British Forces Foundation, Kev is constantly seen touring bases around the UK, flying out to Afghanistan to entertain the forces with fellow performers Katherine Jenkins and James Blunt…

Throughout the year Kev and his wife Michelle work tirelessly as ambassadors to the charity NewKidz raising money for orphans in South Africa.

Kev is best known as a stand up comedian as his character 'The Foreigner' but is also available for both theatre, tv and film work as a character actor and for consultancy and comment as an expert in the world of entertainment.